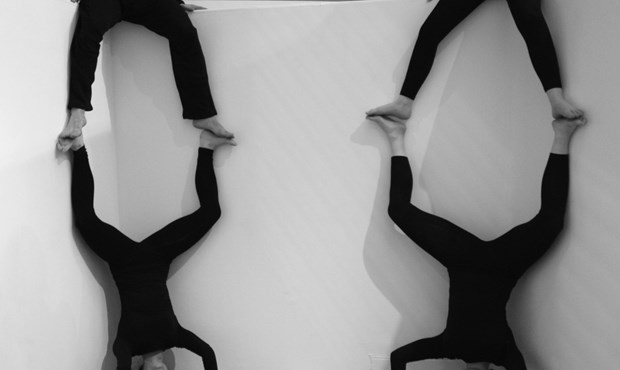 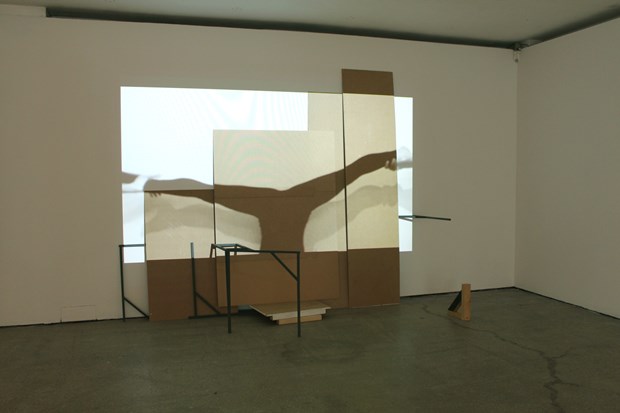 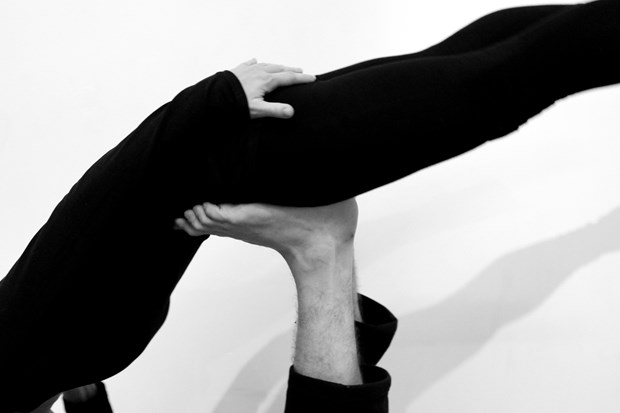 Build-Up was made with five acrobats and shows their bodies as they attempt to mimic architectural structures with their bodies that quickly collapse. There is a short excerpt of the film on Vimeo. With thanks to performers: Lucy Frost, Owen Gaynor, Michaela Kurkiewicz, Scott McQuade, Laura Sumner.

A live event, Build-Up: A Practice took place at the gallery on the final day of the exhibition where four of the acrobats were directed in a series of exercises, which they repeated for around one hour until their structures had become shaky and unstable.