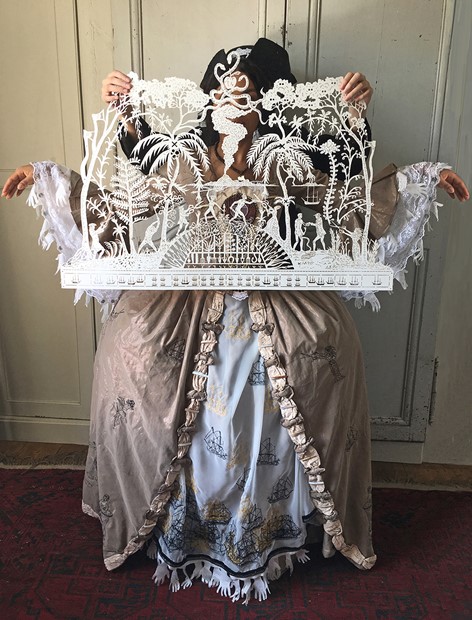 One of a series of photoshoots inspired by the voyages of Captain Cook and their legacy.
Models interact with a series of laser cut props. I am interested in artworks agency and removing them from the sterility of the gallery or museum. The imagery is a response to the partisan nature of supposedly objective artistic records produced by the official artists Sydney Parkinson, William Hodges and John Webber.
For every new edition or reprinting of images the viewer becomes more distanced from the truth. The images become debased by different engravers in the haste to disseminate the images to a public hungry for views of the' new world".