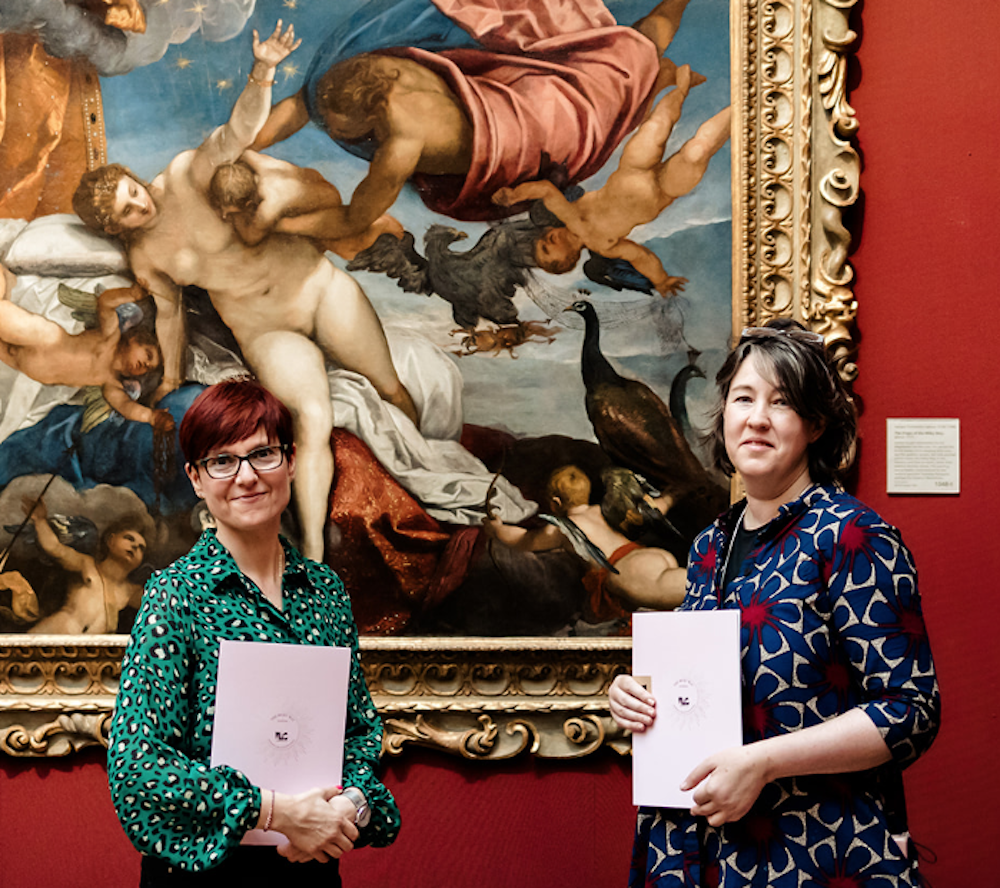 Image: Sharon Bennett and Sarah Dixon stand before 'The Origin of the Milky Way' by Tintoretto, on display in Room 10 of the National Gallery. Photo credit: Catherine Harder Photography

The Women's Art Activation System (WAAS) have been investigating the National Gallery as a cultural institution that carries some sense of national identity. This is a public space and we have made use of our freedom as visitors to explore the possibilities of interrogating the collection without formal permission. Working with artist and doula Amy Dignam, women in pregnancy, a grandmother and a new mother, we have explored the space and collections, looking through the lens of reproductive care. This led to our devising 'The Milky Way' - which is a game-activity-tour of the paintings that contain images of breastfeeding. Participants receive a pink folder containing a customised map, a board with titles of paintings, and a sticker sheet featuring breastfeeding painting close-ups. The game is to find the paintings and put the relevant sticker on the right title. At the end there are several paintings without stickers - these are the ones that are in storage and not on public display. 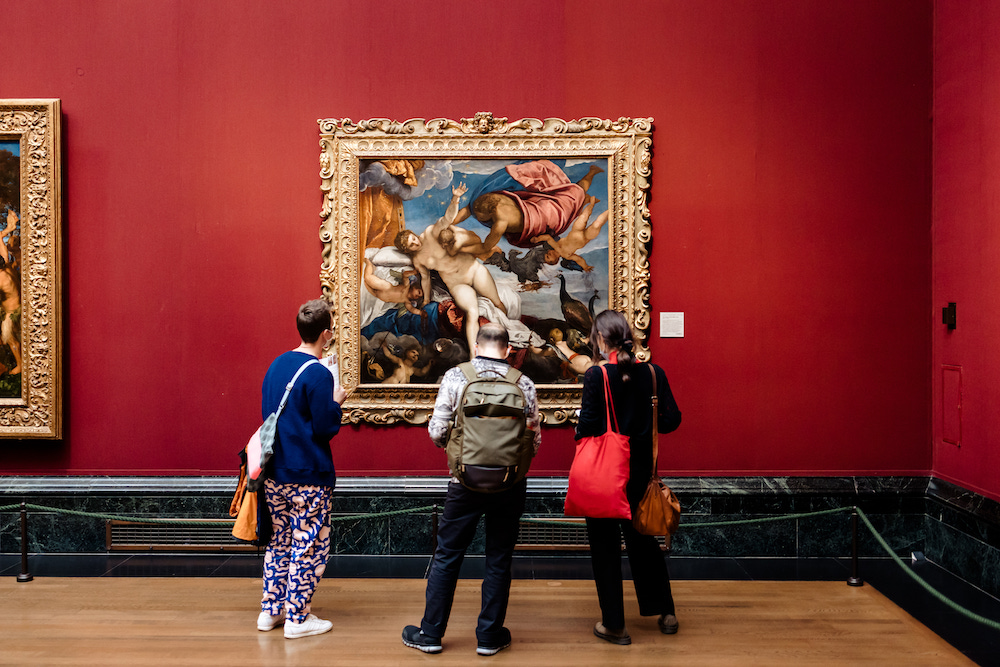 "We have been intrigued by what is not visible in the Gallery. Many of the breastfeeding paintings are in storage. The paintings that are on display show a limited range of the reality of breastfeeding - we could relate to the varying latches and baby behaviours shown and also noticed that the representations are unanimously white, young and very serene - whether Goddesses, Virgins or simply Maternal. We are curious about what is not shown in art and cultural spaces. An ongoing investigation... "

"Thank you so much for organising such a wonderful day, it was so special to spend it with you and to get into a different headspace. It has enriched my journey into motherhood." 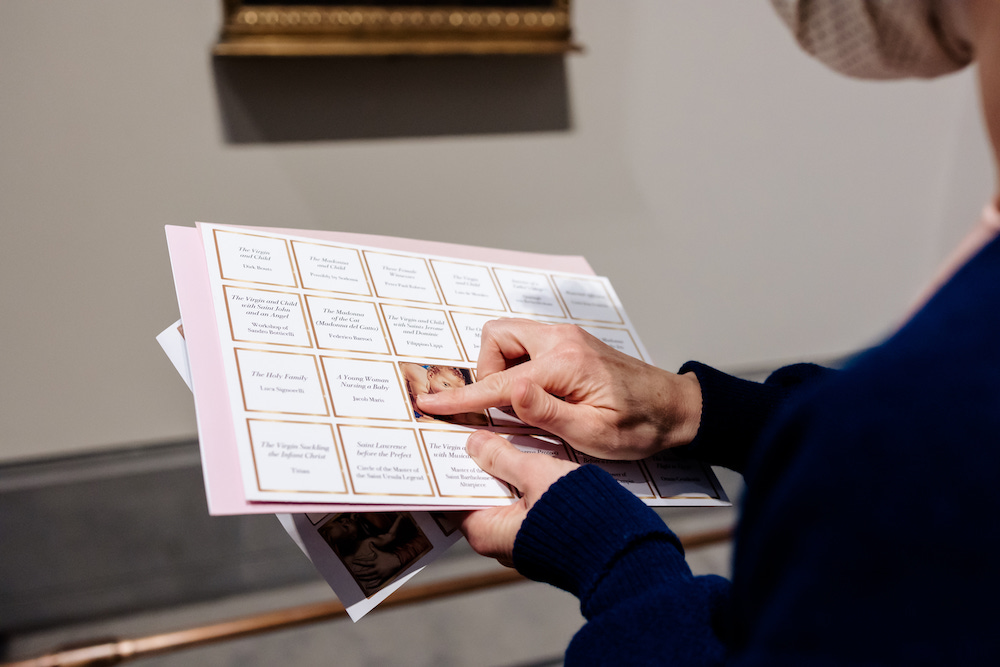 The work is inspired by, and documents, the art and research project “The Milky Way” and was created through the interactions between the WAAS, artist & Doula Amy Dignam, members of the SAFEDI team, the paintings in the National Gallery and some of its staff, and participants in pregnancy and with different kinds of child-caring responsibilities. Photos by Catherine Harder Photography

The WAAS Milky Way is one of six commissions as part of AHRC funded project SAFEDI (Social Art for Equality Diversity and Inclusion). SAFEDI is an AHRC fellowship led by Manchester Metropolitan University, Social Art Network, & Axis, working with social artists, marginalised communities and policy makers around the UK to rethink what inclusion in the arts means.

1. Two white women in patterned clothing stand in front of a colourful classical painting in a large gold frame.The two women are smiling and each holds a pale pink folder containing the Milky Way game-tour.  The painting is 'The Origin of the Milky Way' by Tintoretto, on display in the National Gallery, London. It shows the Goddess Juno with her breast milk spraying into the sky forming stars as she awakes and pushes away the toddler Hercules being placed there by Juno's husband Jupiter.

2. Three people standing in front of 'The Origin of the Milky Way' by Tintoretto, on display in the National Gallery, London on a large red wall. Their backs face the camera and the walls. They are examining the painting.

3. A close up of the Milky Way game board, held by a white woman wearing a dark blue jumper. Her finger points to a small image of a baby on a sticker, which is placed on the board. The rest of the board is white with small gold squares each with italic writing in them - these are the names of the paintings to be found in the Milky Way tour.